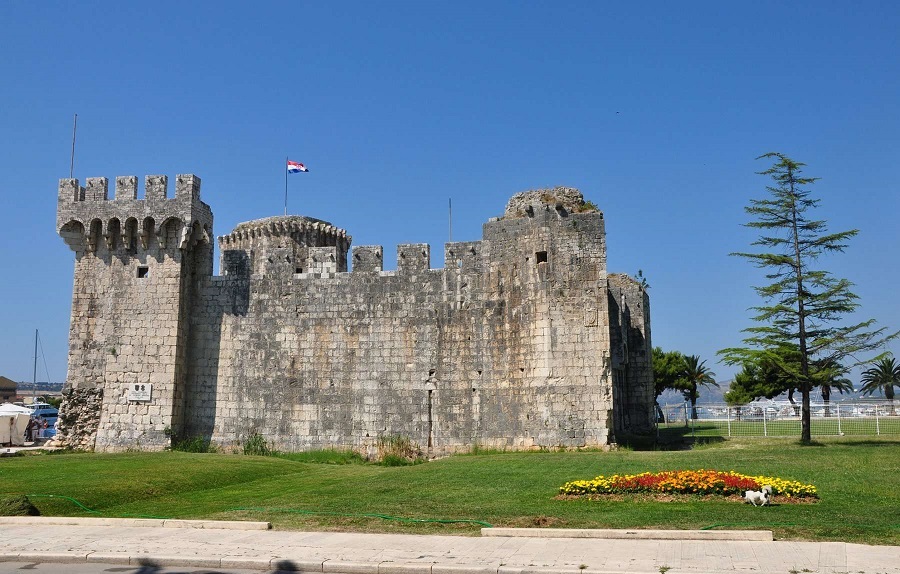 The old town tells its history. The well-preserved historic center of Trogir there gards many monuments  from the 13th century, city walls from the 15th century and the city gate from the 17th century. Great artists such as Radovan, Nicholas of Florence, Andrija Alesi and Ivan Duknović  created their  greatest works in Trogir.

We suggest 5 cultural attractions of Trogir in 10 pictures that you simply must see:

Cathedral of St. Lawrence with striking Gothic bell tower is a true symbol of Trogir. It was built between the 13th and the 17th century mostly  in the Romanesque style with a hint of Gothic, Renaissance and Baroque. It is possible to climb the tower and enjoy a fantastic view of the city and its surroundings. The main portal of the cathedral, better known as Radovan’s portal is the most important cultural attractions of Trogir. The magnificent work of the master Radovan after which it was named, is full of valuable artistic detail. Made in the year 1240.it is the most important medieval portal on the eastern Adriatic.

Marin Radoj was responsible for the construction of the tower Kamerlengo in the 15th century.  Once a military fortress, this tower is now a stage for summer concerts and performances. Beautiful view falls from the top of the tower with a touch of romantic atmosphere of past times.

Cipiko Palace was built slowly by connecting more Romanesque buildings into one palace. A prominent Trogir family Ćipiko was responsible for the construction of a large part of the palace in the 13th century. The doors are the work of Ivan Duknović and the windows are made in Gothic style by Andrija Alesi.  Lovers of architecture will find lots of amazing details to observe.

The Rector’s Palace was built in the 13th century  with a beautiful Gothic atrium that gives it a special charm. The palace on the main square was thoroughly restored during the 19th century, today it is the town hall. Here, you can often listen to classical music concerts in a wonderful ambience.

Incredible beauty of cultural attractions in Trogir will make a deep impression on you once you see them.  You will be amazed by the beauty of the heritage of the city and its architecture.

There is one more attraction we simply must mention: Kairos

The relief of Kairos, the God of a happy moment, from 3.st.pr.Kr. bears testimony to the long history of life in Trogir. It is a very valuable and a very rare display of Kairos modeled after the famous statue of the Greek sculptor Lysippus. It is kept in the monastery oft he church of St. Nicholas. Legend has it that eternal happiness awaits you if you catch the tuft. Happy opportunity must be taken quickly because Kairos is always in a hurry. This is a popular and authentic souvenir of the city. Take it with you as a lasting memory of Trogir.