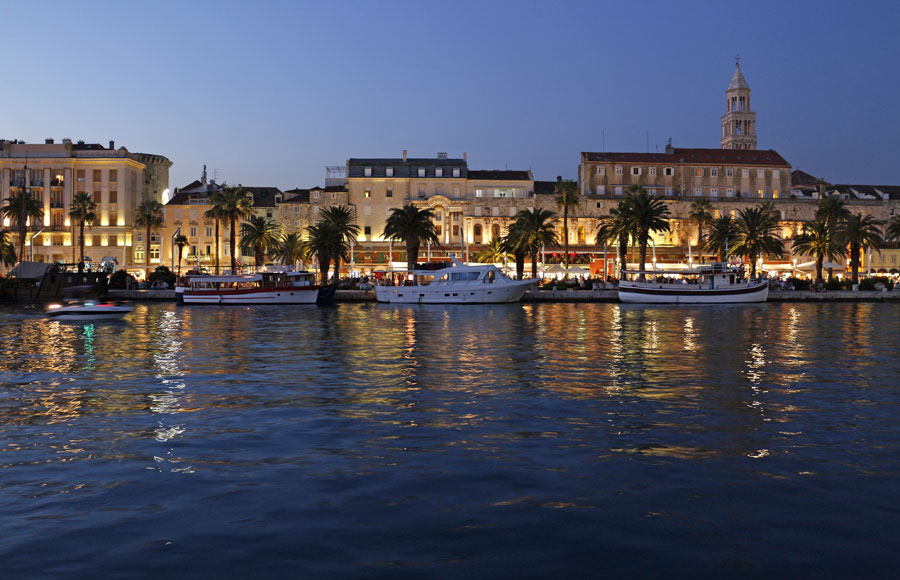 Split is the largest city in Dalmatia and a must-see destination for any tourist. The city is renowned for Diocletian’s Palace, one of the most significant and well preserved monuments of Roman architecture in the world. The palace has a rectangular shape with four corner towers, four smaller towers on the walls and four gates on each side. The lower part of the facade does not have any openings, while the upper floor has a monumental porch on the southern side and arcaded corridors on the other three sides. The residents of the Palace and later on the citizens of Split adapted the palace to suit their needs over the centuries, which somewhat altered the original appearance of the palace.