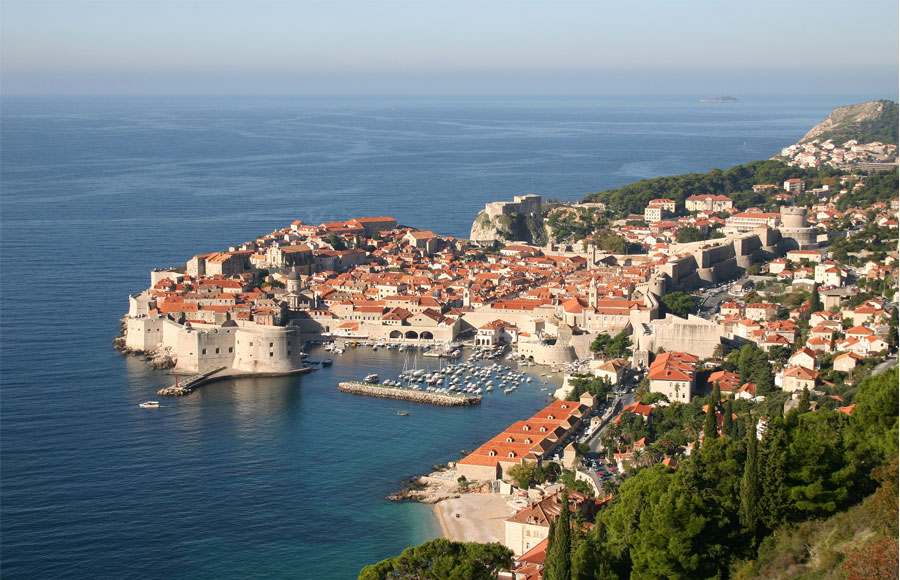 Dubrovnik is a Croatian city on the Adriatic Sea, in the region of Dalmatia. It is one of the most prominent tourist destinations in the Mediterranean Sea, a seaport and the centre of Dubrovnik-Neretva County.

A feature of Dubrovnik is its walls (1.1 million visitors in 2016) that run almost 2 kilometres (1.2 miles) around the city. The walls run from 4 to 6 metres (13–20 feet) thick on the landward side but are much thinner on the seaward side.

The system of turrets and towers were intended to protect the vulnerable city. The walls of Dubrovnik have also been a popular filming location for the fictional city of King’s Landing in the HBO television series, Game of Thrones.